Time for some quick WIP's 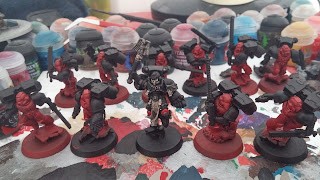 I found my old metal jump pack Chaplain and decided he needed to go into the army as it's such a lovely, evocative model. I also threw in some mark IV jump packs from the Sanguinary Guard kit as they look great, but didn't want to go overboard. The new Assault Marine kit is really nice, and really had a blast putting these guys together. 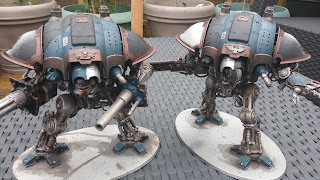 The Knight twins are getting there too. The shoulder plating is much further on than when this was taken, but I've put them aside for a little while so I don't burnout. They're very straightforward to paint, but they just take ages get nice flat coats of colour. 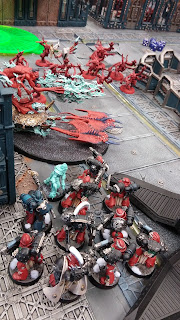 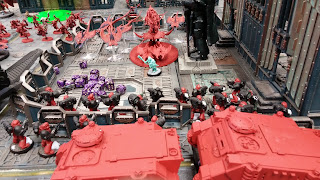 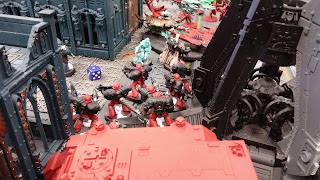 And finally, I do actually get some games in with the Shrikes. This was back in May against my friend's very red Tzeentch daemons. Was a cracking game, and he had me on the back foot for most of it. The Shrikes fought hard, but fate was not to be on their side this day (I lost by 2 vp's!). Always fun to have a close game though. I really must get the Rhinos and Drop Pods painted as well!

Time for a small update on my two Knights I'm currently painting. Cerulean Invective's carapace is comeplete, while I'm chopping through Celestial Indigo's at the moment. The painting's been stress free, which is always surprising for a model of this size. I've shaded the metal on the carapace of Celestial with Nuln Oil, but Cerulean has been shaded with both Nuln Oil and a subtle point wash of Typhus Corrosion, for reasons that will become clear... 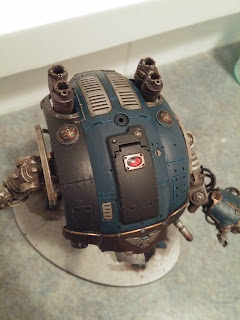 Cerulean Invective. I really enjoyed painting the window port and it's the best gem effect I've ever cranked out so pretty chuffed with it! 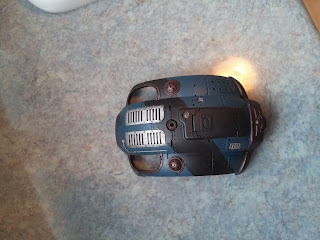 Celestial Indigo. I liked the idea of a diagonal stripe running across the top, and hopefully the effect's not come out too bad. It's a little ropey in places, but nothing that distracts the eye so I'm tempted to leave as is instead of constant neatening and potential for mistakes.

These guys should really be painted by the end of next week or the start of the one after. Then all I'll need to do is transfers and weathering with powders.