'To hear a citizen of the Imperium talk of the Astartes is to hear tales of descending angels, wiping away the heretic, the xenos, the traitor. These fairy tales suit the majority well enough, and for that they should be grateful. I've seen Space Marines fight up close, and to watch the Crimson Shrikes wage war was to gaze upon Death in its purest form.'
Attributed to Scion Tempestor Uli Honanson, 62nd Harlen World Regiment, post-Shrine War.

'The Ursine...A simple enough epithet do you not think?' 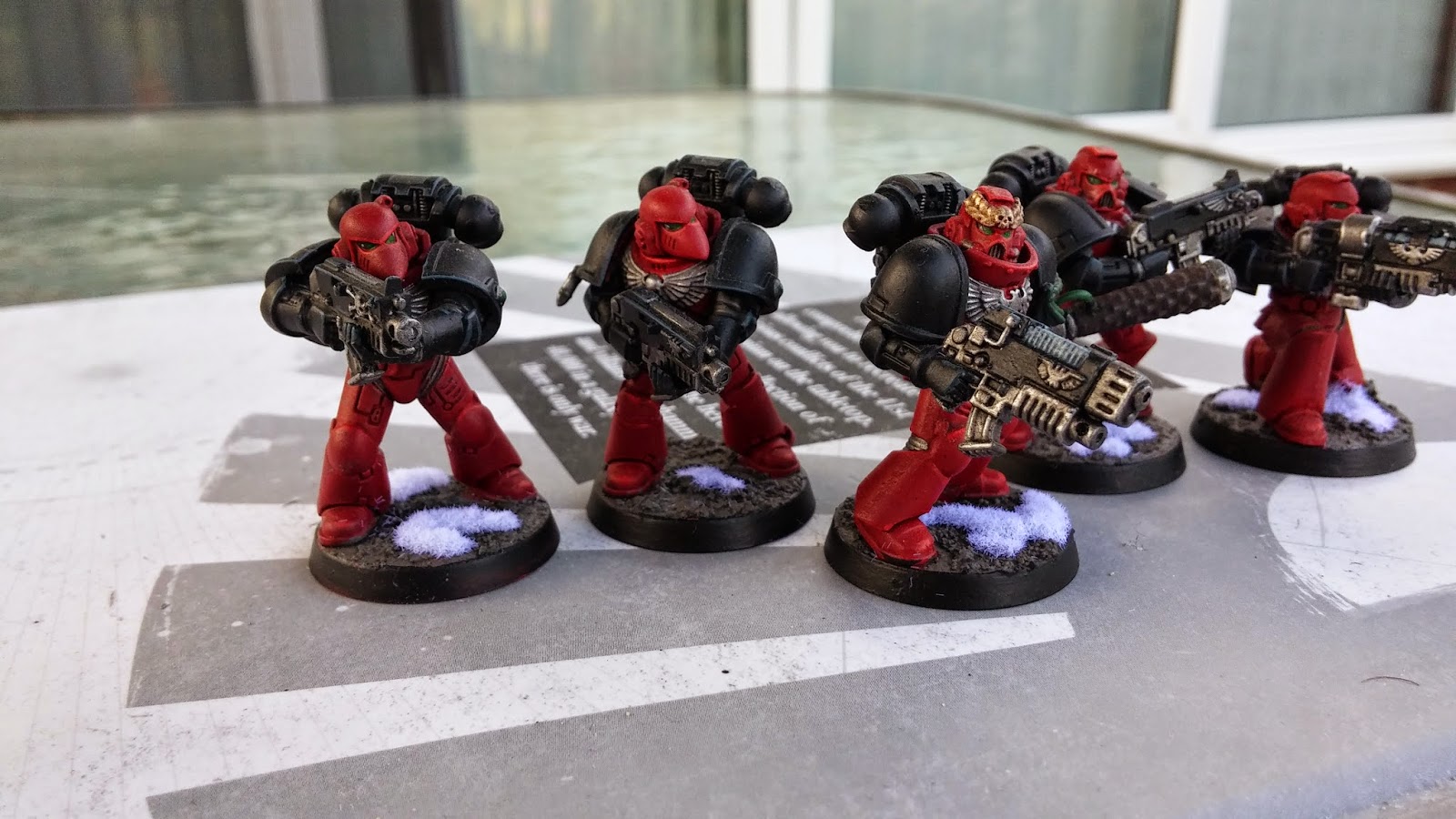 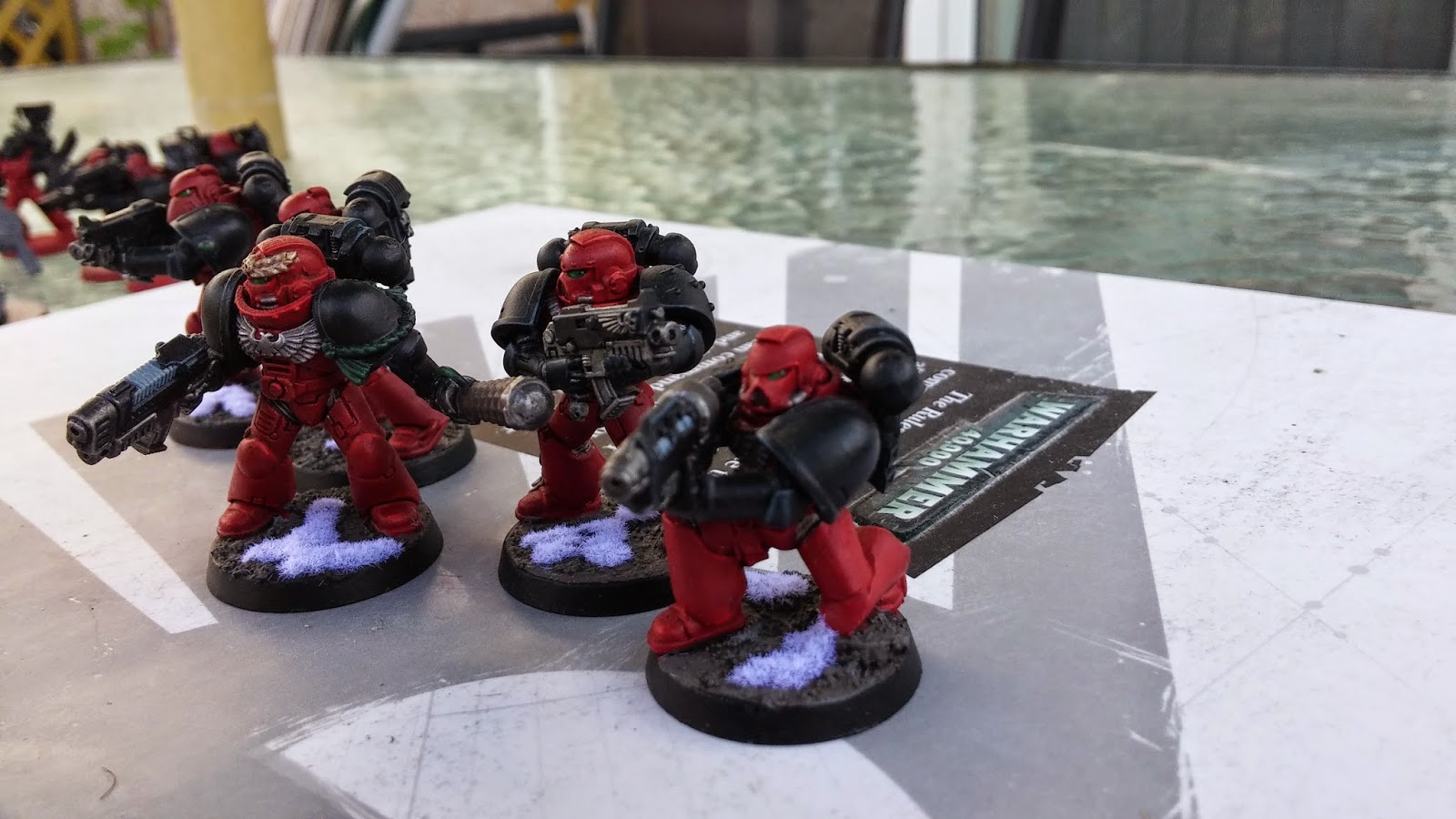 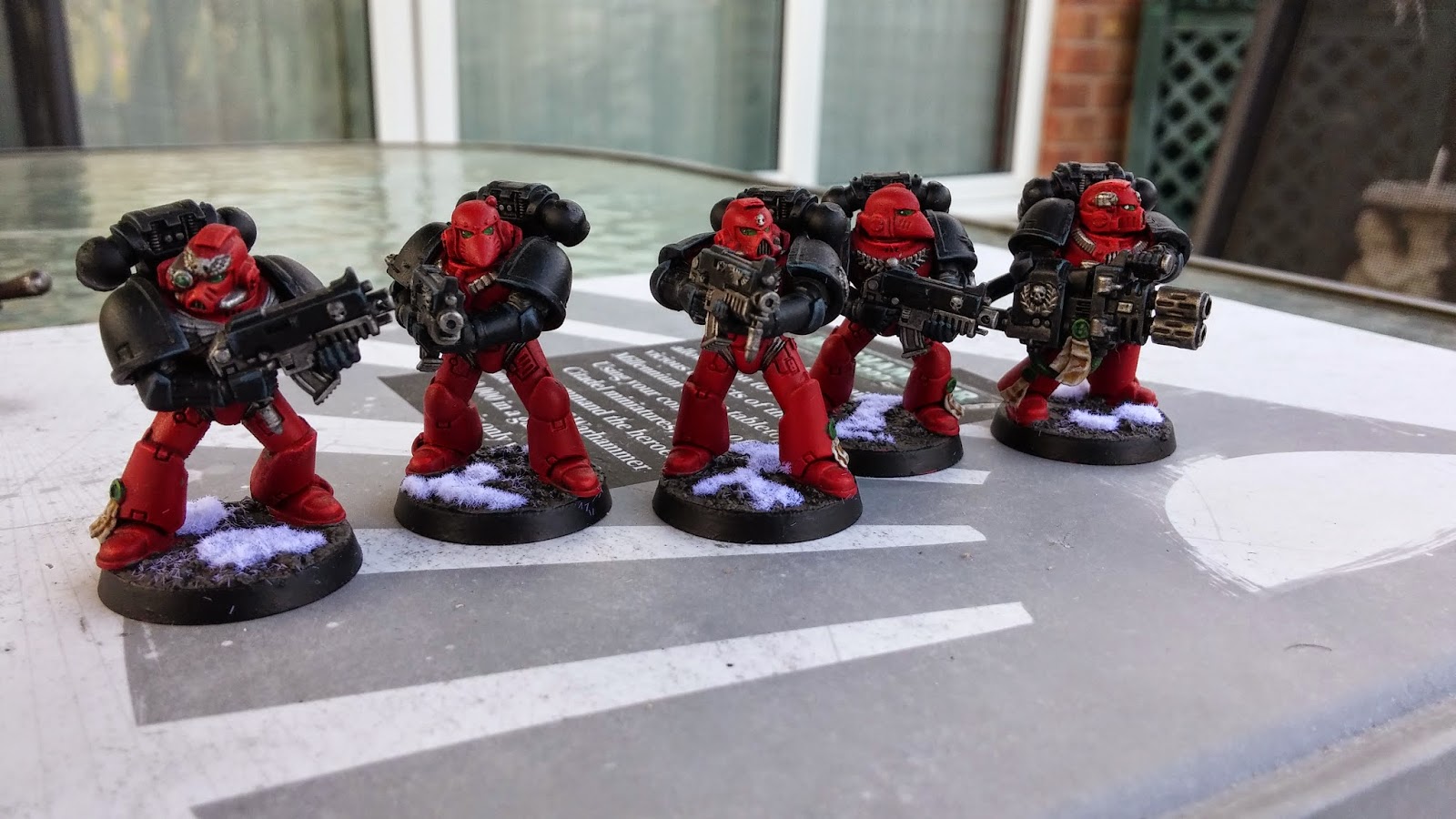 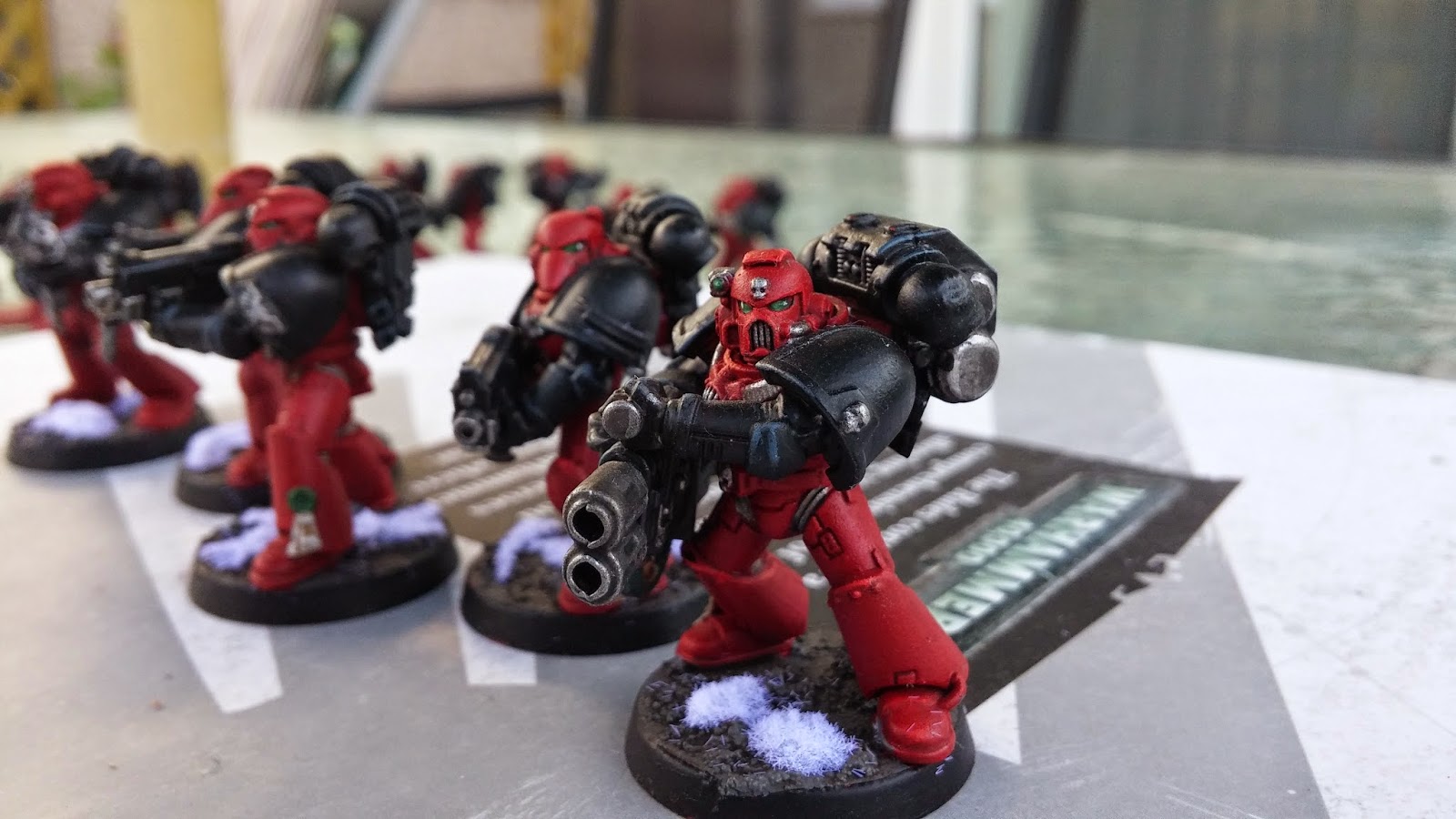 Here can be seen pic-capture of Squad Akkirion of the Crimson Shrikes IIIrd Company, led by Loe Akkirion. A giant of an Astartes, Loe was deployed in situations where high-level rebel targets were required to be intercepted and captured where possible. A patient hunter, Akkirion would track his targets for weeks remaining undetected. At the right moment, quickly-adapted ambushes would be undertaken by the squad to secure assets, while leaving a trail of devastation in their midst before melting back into the shadows. However, it has been noted that towards the end of the War, these assets would be more likely than not killed during these extractions. This can be attributed to enemy friendly-fire to prevent rebel plans falling into Imperial hands, however with the horrors the Shrikes endured throughout the war, it cannot be ignored that this may have been retaliatory from Sqaud Akkirion for their lost brothers. 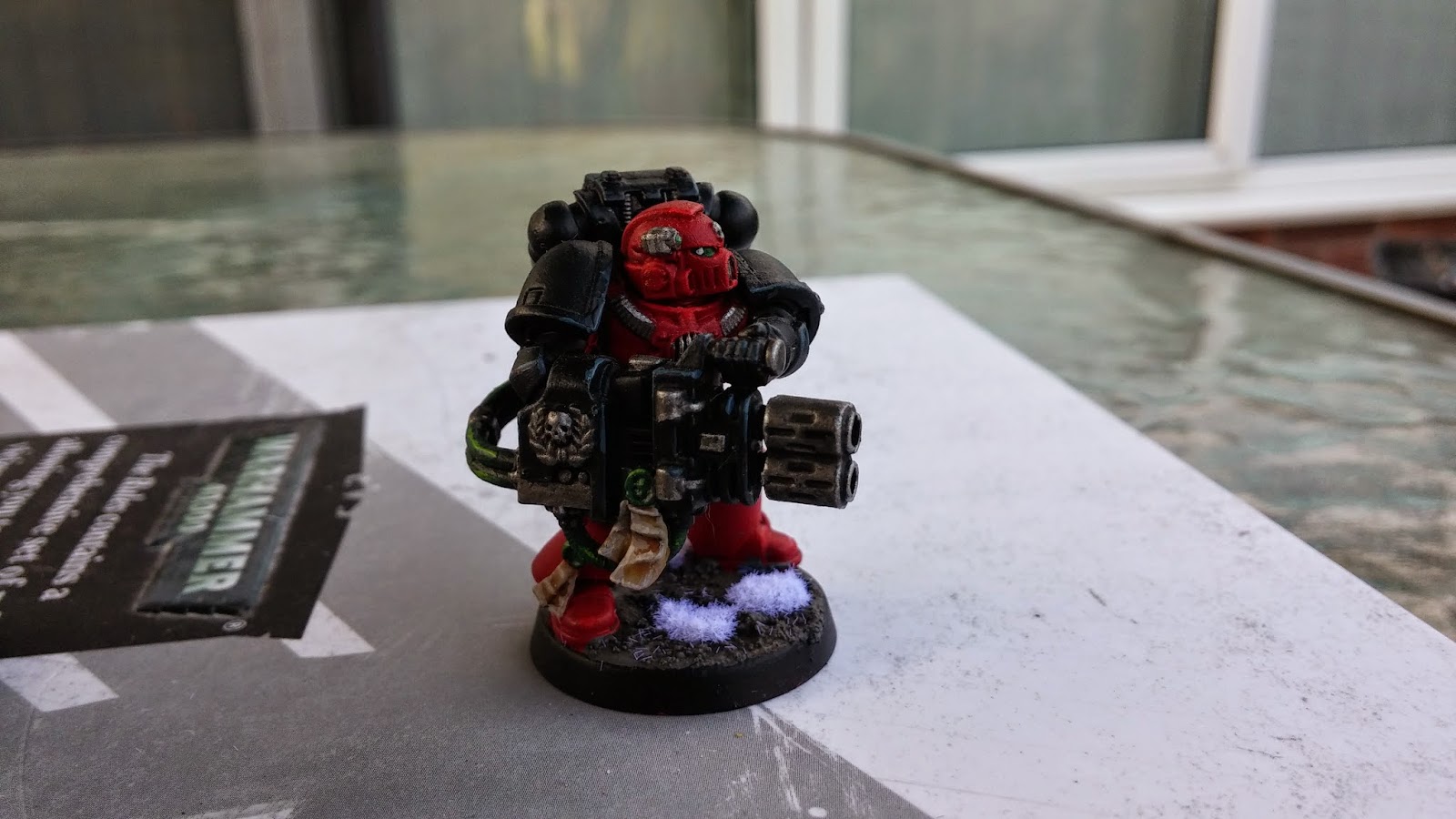 Presented here is the squad's heavy weapons trooper, Gyn Wesm. Brother Wesm can be seen carrying a cut down version of a Multi-Melta, a favoured weapon within IIIrd Company tactical squads. With the role Akkirion were to play, a Mk49 Ryza-pattern short Melta was preferred due to the ease of firing on the move. The pattern is notorious for its extreme short range, even for an melta-class weapon, however this was offset due to Squad Akkriron's tactics allowing for short-range engagaments. 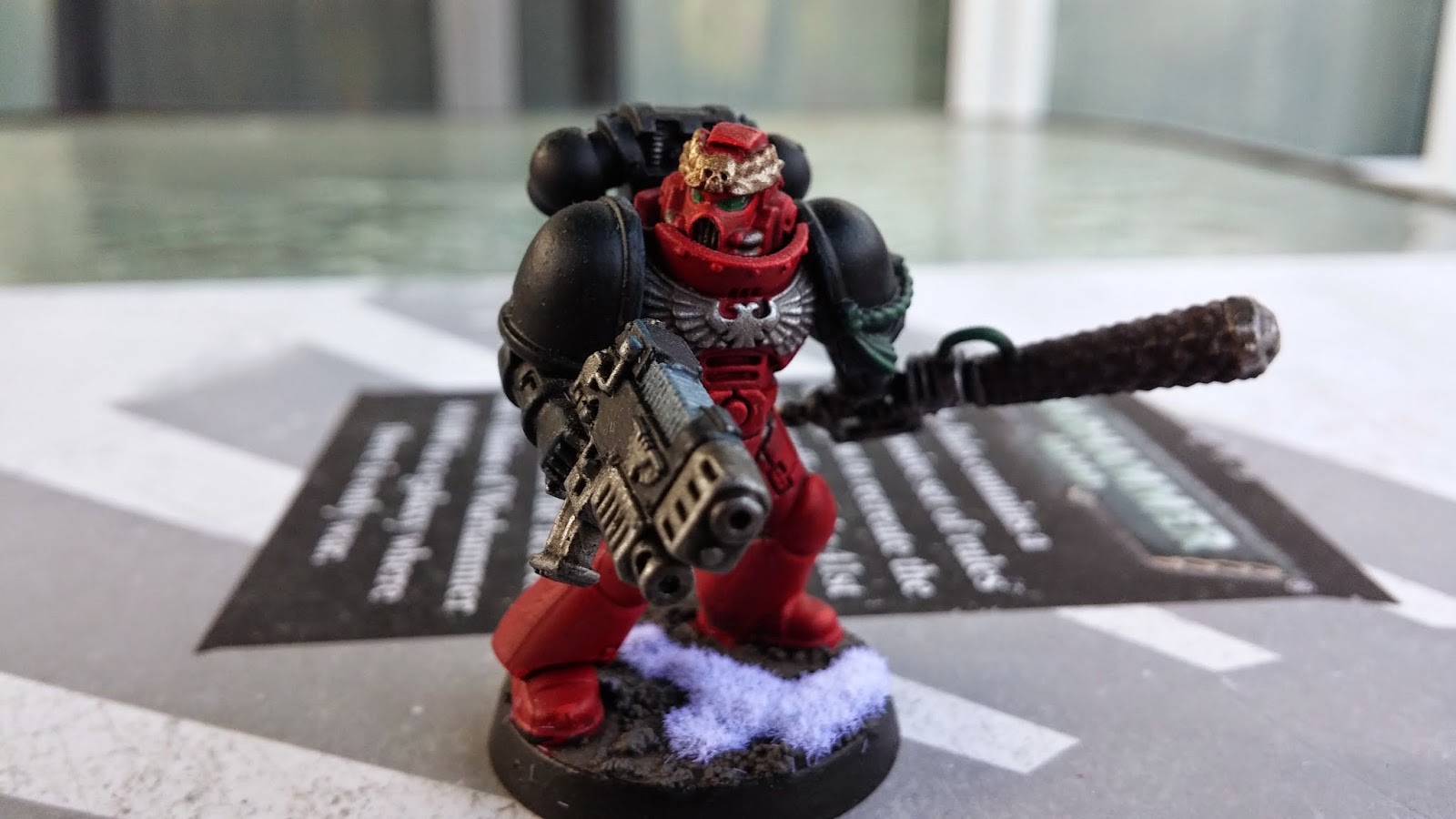 Loe Akkirion, seen carrying a large power maul crafted from the wood of the mega-fauna of the Shrikes' homeworld. For such a large Astartes, Akkirion was famed for his stealth, and indeed was remarked by his brothers to have been a true scion of Corax. Indeed, Akkirion himself would spend many hours in both silent contemplation of his Primarch's teachings, and within the training grounds of the Chapter honing his squad's gueriila tactics. After the War was finished, Squad Akkirion had lost six brothers during operations. However, the bravery and determinism of Akkirion himself was duly noted by his Captain, and he undertook the ritual of 'The Piercing', a trial which he passed. He is currently deployed with the fourth squad of I Company, under the leadership of Sargeant Qilan.