'The Omnissiah knows all, comprehends all' - Eighth Mysterie of the Cult Mechanicus. 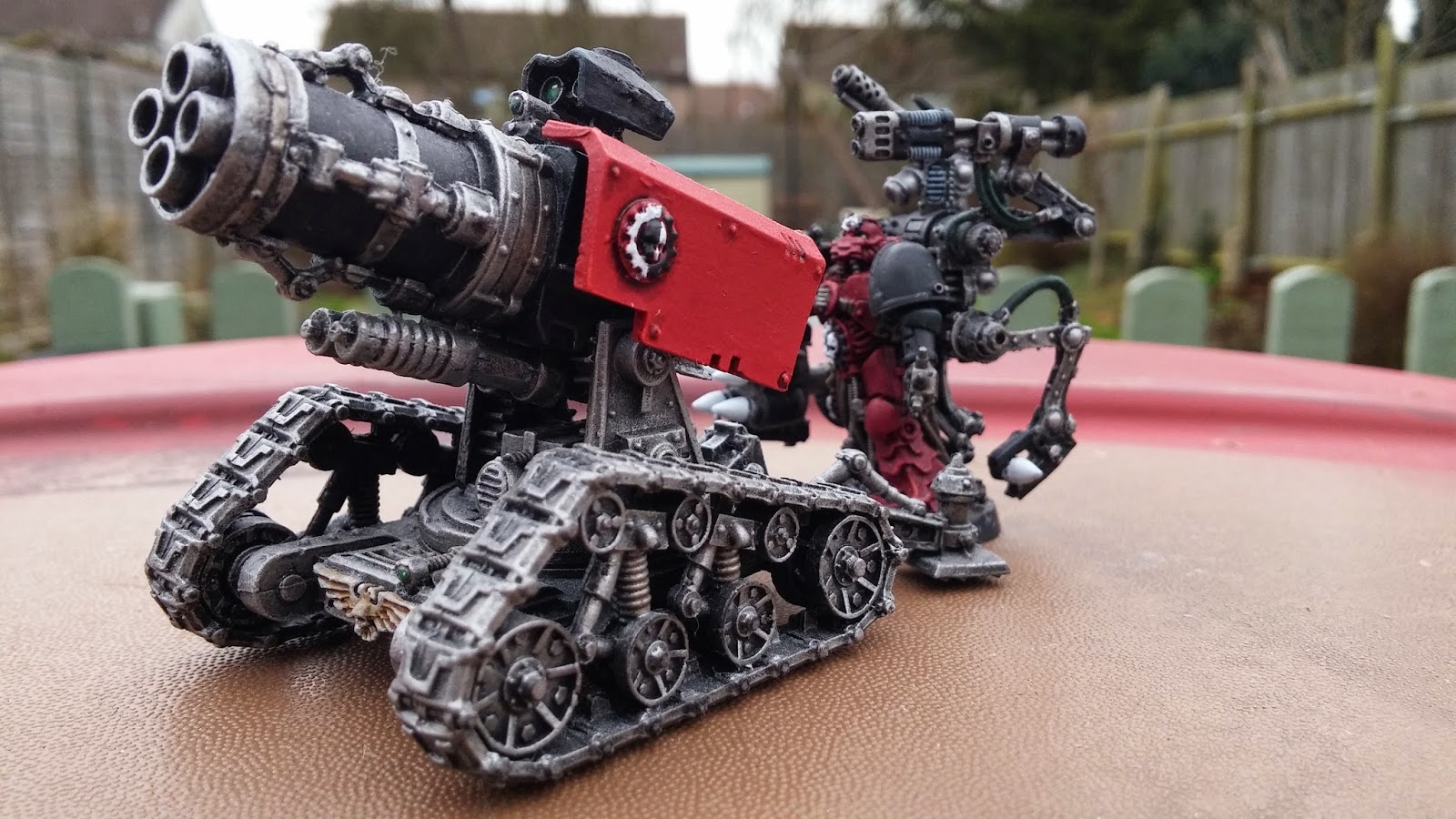 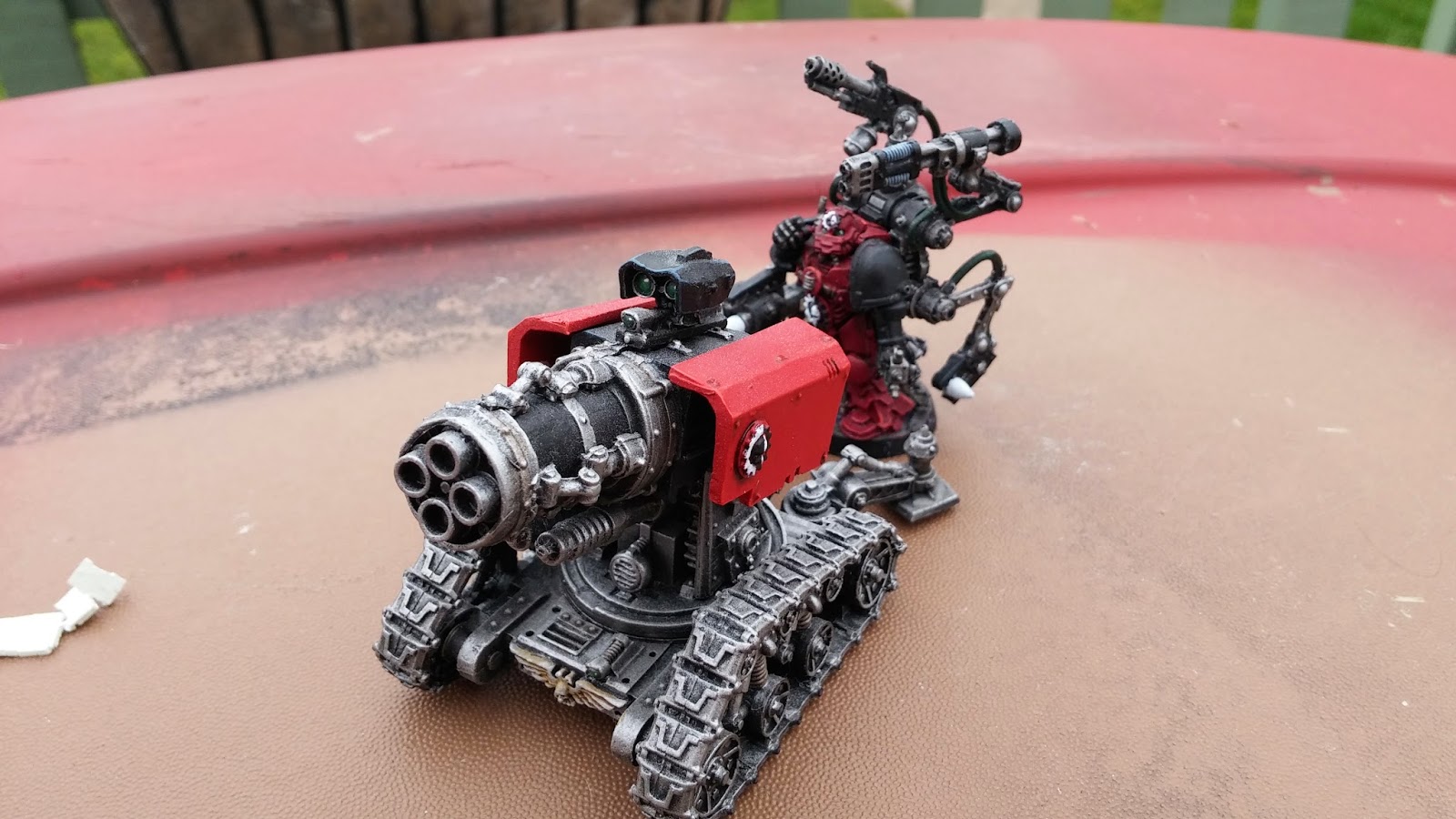 Muhindos was naturally gifted with an eye for the workings of machines, and was an ideal candidate to be sent to Mars for training as a Techmarine. There, he learned the nature of the Emperor-as-Omnissiah and the sacred rites of the Cult Mechanicus. After his return to the chapter, Muhindos was noted as a solitary figure, working alone deep within the Shrikes' fortress-monastery, finding communion with the wargear and vehicles of the chapter. 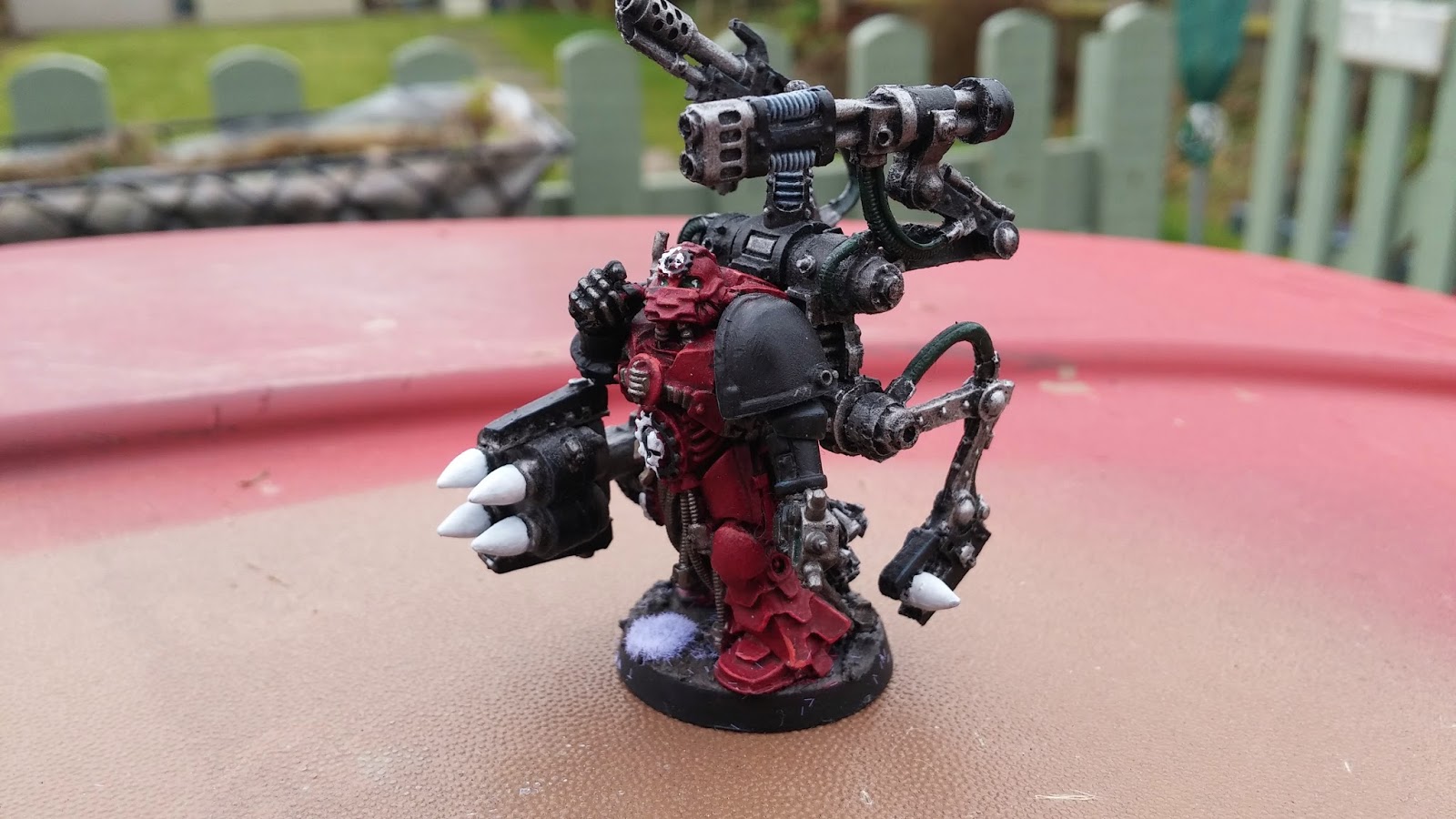 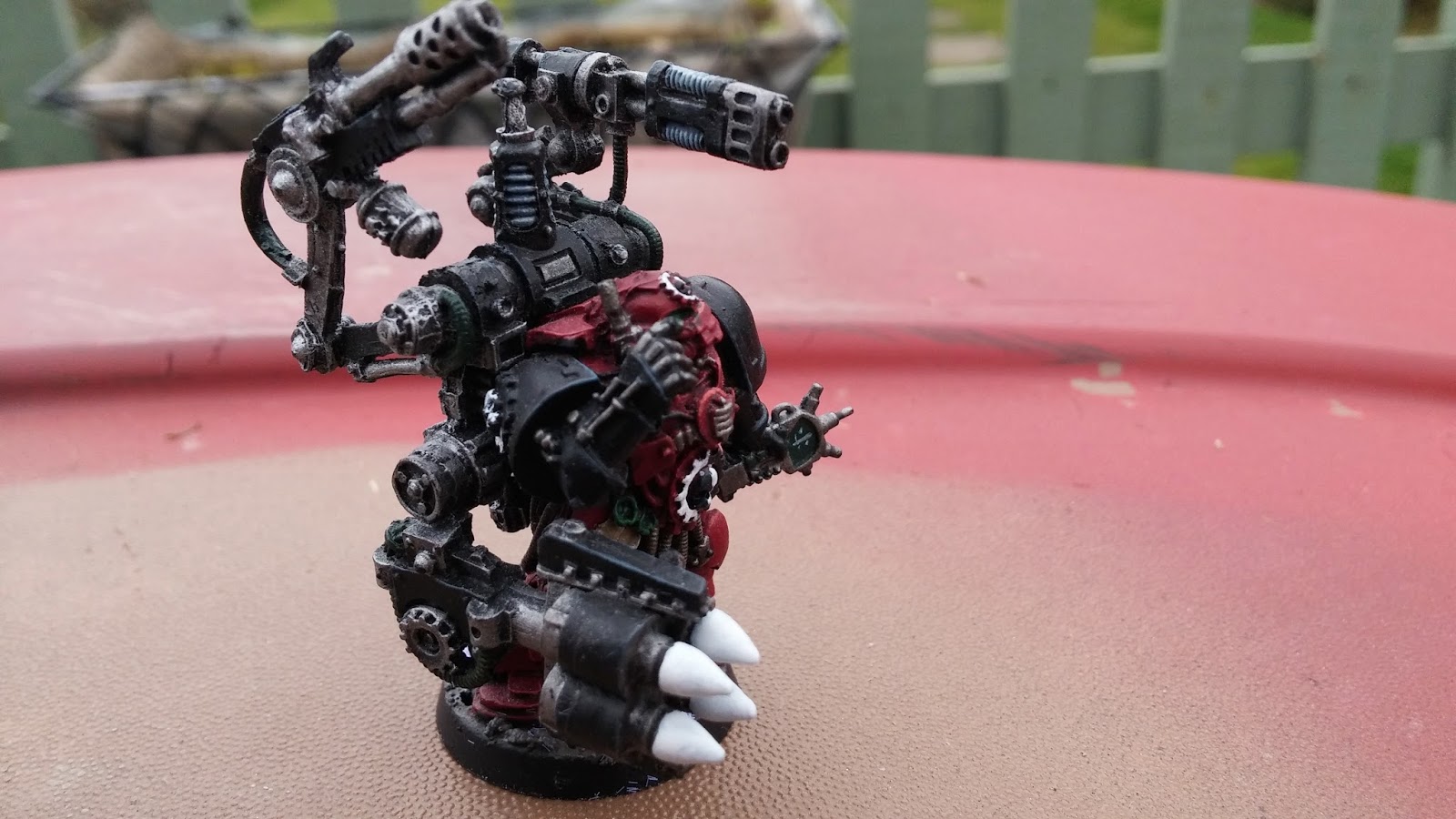 Muhindos was deployed under the command of Uhre Kutyet, Pater Mechanicum or Father of Machines, the head of the Crimson Shrikes Techmarine order. After Kutyet's death on the Second Day of Woe, Muhindos took nominal control of the position, and continues to lead the tech-order to this day. Rumours speak of a deepening belief of the Cult Mechanicus within the Techmarines of the chapter, and an almost fanatical hatred of the resurgent Necrontyr dynasties due to Muhindos's leadership and influence.'