Zaiden Shraane,Captain of the III Company

'What can be said about my brother Zaiden Shraane? That he was the best of us, an exemplar of the Shrikes. He fought war like a man born for it. His commitment to a battle would be the turning tide. The fields of Ghemsecht, Adrim's Sorrow, the Tropon Conflagration. All won by decisive blows applied by Shraane.

'They call me 'The Revered' now. The truth is all I ever see in my brothers' eyes is shame'
Anicent Shraane, 'The Revered' - Dreadnought, Crimson Shrikes Adeptus Astartes

''Hunter Revealed', the assault force of Shrikes deployed onto Kerishian, were led by Brother-Captain Shaane. His tactical acuity and rapid assaults against rebel elements drove the fight to the Ethnarch. This would have broken any sane man. Shraane's mistake was to forget that the Ethnarch was mad. Insane enough to try any method to save himself from retribution. His response, and the insults to both the Shrikes and Shraane's honour, led to the mortal wounding of Shraane at the height of the war, and the rise of Brother Yor Jestine of the I Company to nominal leader until the resolution of the conflict' 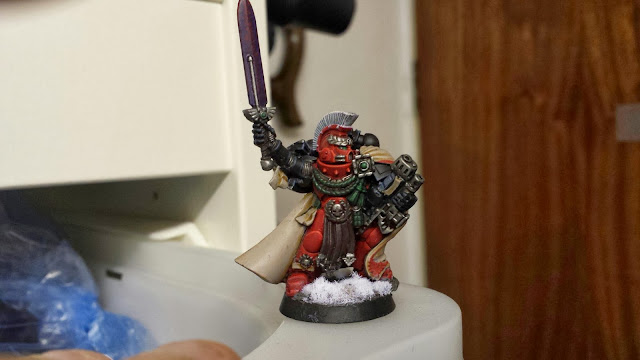 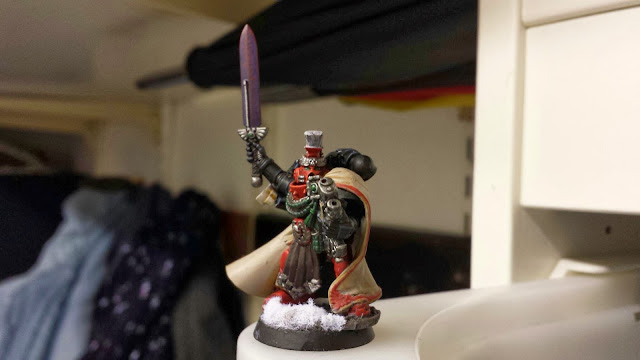 Posted by Kobrakei at 17:33 No comments:

I've been working away on Tangent bit by bit, and am now at the stage where I only have the main body, pilot and base to complete. I'm tempted to bit a bit of Cities of Death scenery on the base just to make it look look Tangent's involved in urban combat. C&C always welcome. 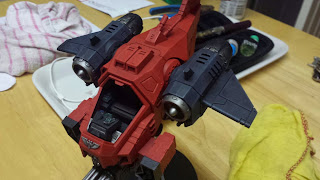 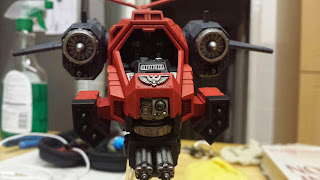 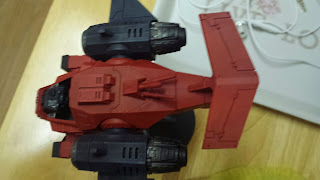 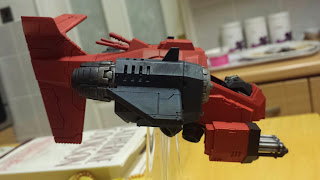 Posted by Kobrakei at 19:21 No comments:

So, I've been getting some paint down on Tangent Diagonal in the last week, when I've not been playing the new COD (in which, I can confirm, I suck) and have finished the front section and cockpit. The only problem is, when the canopy and pilot are in place you can't see much of the detail I painted in! Ah well, such is life!

Anyways. pics! Does anyone else find that taking pictures tends to highlight mistakes that you can't even see? I have so much touching up to do! 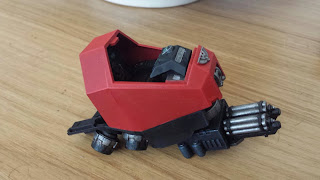 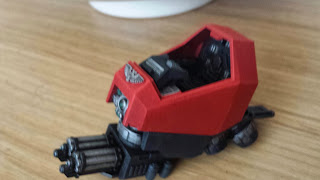 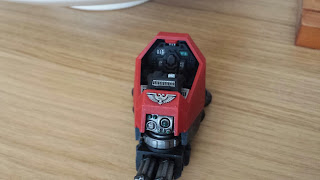 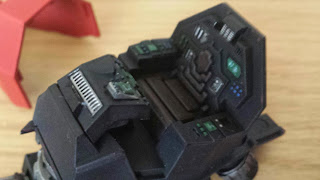 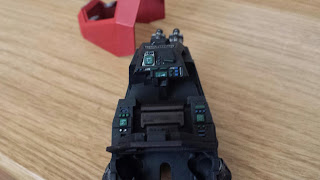 Hopefully I will have the majority of Tangent done by the end of next week, as it's mostly metallics left and then details...
Posted by Kobrakei at 13:04 No comments:

'You think Astartes are dangerous on the ground? Wait until you get them in the air...' 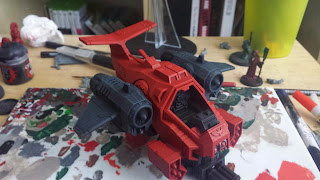 I was going to work on painting my Sternguard next. However, after painting a full Tactical squad, I didn't want to run the risk of burnout painting infantry. My 1750 list has a lot of vehicles in it, which presents a problem for me. I really, really dislike painting vehicles! I'm not sure why, but it's something I tend to try and avoid. So, time to tackle my fear head on, and where better to start than Tangent Diagonal, my Stormtalon? I wasn't sold on the model when it first came out, but it grew on me, and when I finally bought my own I fell in love! It's gorgeous, and instead of thinking of it as a plane, I feel it has more of an Apache/Cobra look. I can just imagine one of these hovering outside an enemy held building and just shredding it with assault cannon and missile fire.

I've done the red and black on the model, and just need to start laying down the metals now, which shouldn't take long. Speaking of which, I need to find a tutorial for making engine burns if anyone knows a good one?

Posted by Kobrakei at 10:49 No comments: