Right, I'm far, far too impatient to wait to set stuff up, so here's the WIP first half of Tactical Squad Alejandro, including a Shrike that's been on Deathwatch duty. This was an excuse to test out painting and highlighting black on a Marine. Oh course, if I'd known I'd be this happy, this would be a Raven Guard army, so I guess it's a good thing for you Shrike fans :P Excuse the sloppy silver, as I get so bored of being neat with it, especially with the GW base silver. Mine always goes very runny, even after two pots' worth. All these guys need now is the silver washing and highlighting, the black highlighting. any eyes and purity seals completed and then basing and transfers (so not much then :P) 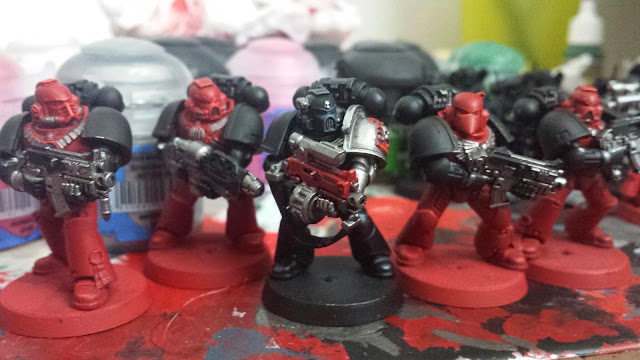 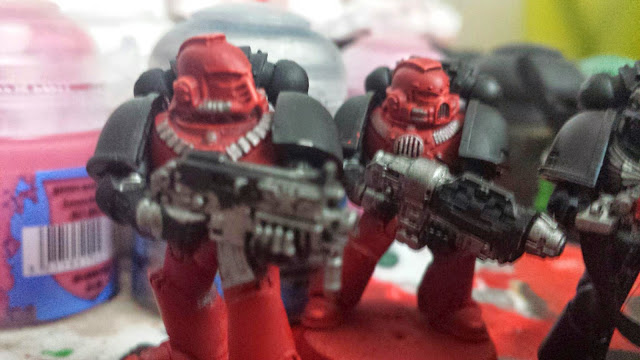 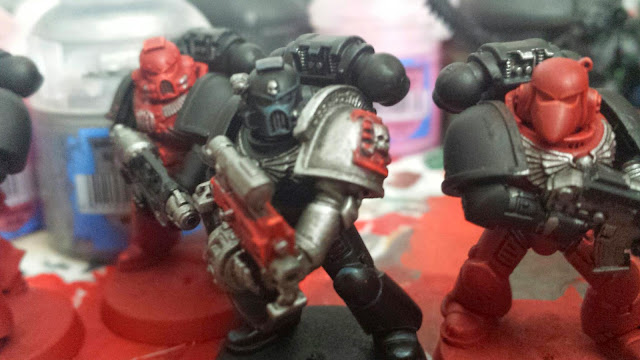 Posted by Kobrakei at 17:28 No comments:

It's gone a bit quiet, and a small change of plans

So...been a while! I haven't disappeared into the ether, although there have been some changes!

First, I now have a decent camera, and a lightbox to use them with. These are both new to me, so I've been playing about with them to get things how I'd like, which hopefully explains the lack of recent photos and posts.

Secondly, and also dealing with the above, I haven't done as much painting as I'd like. Call it being busy, call it laziness, call it Titanfall, but I've been fairly slow. I've built plenty, including a Tactical squad, a second Sternguard unit and the two Web Captains, but painting wise I've been behind. This will change however as I get back into the flow of things.

So, with excuses out of the way, what have I actually been doing hobby wise...?

Well...the first thing is I am now the owner of a small Scions force of 1500 pts or so. The models were too nice to resist, and although gaming wise I think they'll get battered, there's something about small elite armies of Special Forces types that totally appeals to me! These will also be tied into the Fourth Shrine War, and show that normal humans (even if they are trained killers from birth) can surprise even Astartes.

Also, and I know this will be a disappointment to some, I've changed my mind on which Chaos legion to paint as my army. I was umming and ahing over a few, but I happened to read Vengeful Spirit last week,and that sealed the deal. 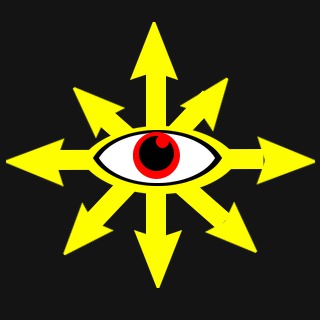 The tale of Wosnek Terra-Born and his sorceror 'The Vermille Hexatude' will hopefully be as fun for you all to read as it will be for me to write. The Crimson Shrikes will look into a dark mirror, and emerge changed for all time.
Posted by Kobrakei at 12:52 No comments: